VieVinum, dedicated this spring to new beginnings: After a four-year hiatus, Austria’s wine industry clicked into gear and showed off a brilliant dynamic from 21–23 May 2022 in Vienna’s Hofburg Palace, effectively placing its focus on trade visitors, a sophisticated ‘School of Wine’ and new digital services.

In addition, the event shone a particular spotlight on the coming generation of Austrian winegrowers and their visions for the future. For three days, the halls and chambers of Vienna’s Hofburg Palace came alive with the sounds of great wines being poured and the omnipresent joy of colleagues greeting each other once again and tasting together. The targeted approach of VieVinum organiser M.A.C. Hoffmann, to focus this year on trade participants and thus offer exhibitors and visitors more space and more time for individual discussions, turned out to be right on the mark. The courage shown in this – to reduce the scope & concentrate on greater detail – proved to be a key factor in the trade fair’s success.

‘It’s so good to see the wine family reunited,’ said VieVinum organiser Alexandra Graski-Hoffmann in her welcome address. Austria’s Secretary of State for Tourism Susanne Kraus-Winkler delivered the opening remarks, in which she emphasised the importance of establishing personal contacts when such an emotionally loaded topic as wine is involved, along with highlighting the economic significance of VieVinum to the tourism sector. Winegrowers’ Association President Johannes Schmuckenschlager referred in his welcoming speech to the prolonged anticipation surrounding the return of VieVinum among all those involved in the Austrian wine industry, and underscored the trade fair’s great and lasting importance. Austrian Wine Marketing Board (AWMB) CEO Chris Yorke reported with great satisfaction that a record number of international trade visitors had travelled to VieVinum at their invitation. And Alexandra Graski-Hoffmann praised Austrian winegrowers in no uncertain terms, saying: ‘The special artistry of Austrian growers in presenting their great wines, this successful mixture of professionalism and fluid expression, is an important factor in the charm of VieVinum – and this also characterises our philosophy as organiser.’ 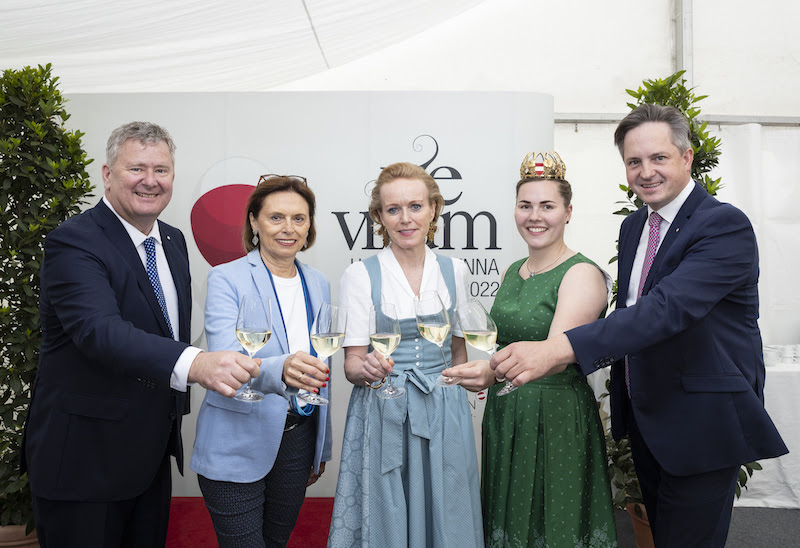 Since 1998, Austria’s international wine festival has documented the careers and progress of Austrian winegrowers every two years. Right from the start, the trade fair organiser M.A.C. Hoffmann and the Austrian Wine Marketing Board (AWMB) have shared equally in providing expertise and innovative spirit. This year more than one thousand international retailers, sommeliers, restaurateurs and journalists came to VieVinum at the invitation of the AWMB. Thanks to excellent vintages like 2019, 2020 & 2021, the stage could not have been set any better.

A badge of honour for Willi Klinger

And aside from happenings at the trade fair itself, Willi Klinger was given a special honour as the longtime CEO of the Austrian Wine Marketing Board and current managing director of Austrian retail chain Wein & Co. Secretary of State Susanne Kraus-Winkler awarded the Republic of Austria’s Golden Medal of Honour to Willi Klinger at a festive ceremony in the company of many colleagues,

Some five hundred winegrowers from near and far presented their finest wines for tasting. In addition to the customary focus on Austria, the fair also featured exhibitors from numerous European wine regions, along with many from overseas. Winegrower groups from Südtirol and Sicily enjoyed special status as guests of honour this year: two winegrowing regions under the Italian flag that, after years of slumber, have recently become two of the most fashionable regions on the international stage, and clearly worked their vinous magic on visitors to VieVinum. 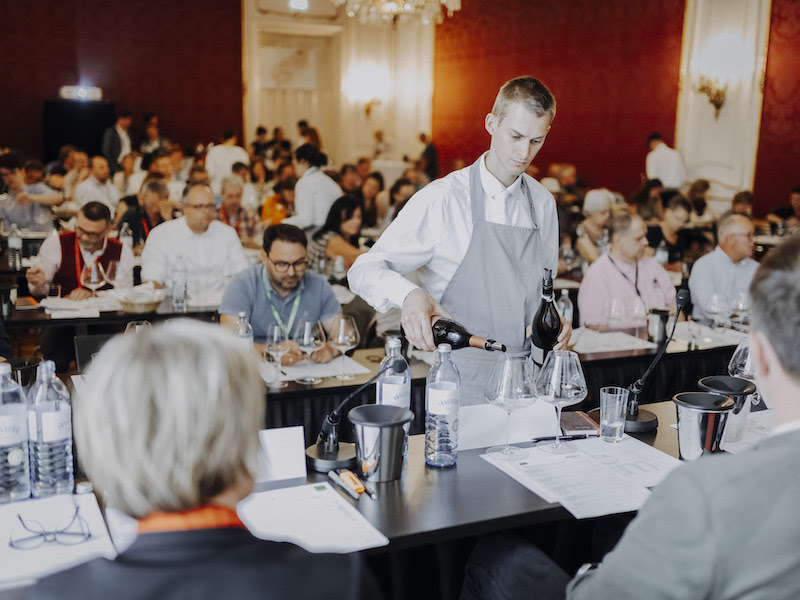 Attending ‘school’ and tasting some of the most exciting wines at VieVinum – visitors made good use of this opportunity. The ‘lesson plan’ explored topics such as origins, grape variety and styles of wine, along with overarching factors such as biodynamics and vineyard classification, moderated by highly regarded personalities on the international wine scene. The two guest winegrowing regions South Tirol and Sicily also enriched the proceedings with guided tastings, in which they examined their respective indigenous grape varieties. The result of the traditional wine-country competition organised by the magazine Vinum was awaited with great excitement, in which the 2019-vintage ‘Riesling-eleven’ from the ranks of Germany’s VDP (Verband Deutscher Prädikatsweingüter) went up against a team fielded by the Österreichische Traditionsweingüter (ÖTW). The contest resulted in a draw for the first time, although lack of complete agreement as to the victor is also traditional.

In order to enable participants to quickly find the wine they sought, or to connect with the right trading partner, VieVinum’s organisers made two new digital services available. Pursuant to the slogan ‘never again forget a good wine’, visitors could set up a personal digital tasting booklet from the online list of exhibitors. Meanwhile, the B2match-app helped to make establishing business contacts easier and more efficient.

The future of wine

In autumn of 2021, VieVinum organiser Alexandra Graski-Hoffmann launched the Gerd A. Hoffmann Akademie in memory of her father, the founder of VieVinum. A programme of cross-mentoring was offered in which, for the first time, twenty-four promising young winegrowers had the opportunity to exchange ideas with well-known personalities from the business world and society, covering fields such as digitisation, recycling management, tourism and the further development of the individual wine estate. Their closing presentation, in which they presented their summarisations, had taken place beforehand; at VieVinum they offered a master class on the subject ‘The Future of Wine’.